For information on the current conference please visit: http://mdxaltc17.blogspot.com


Paul Kleiman is no stranger to Middlesex and it was good to see him back to present the afternoon keynote at this year’s Annual Learning and Teaching Conference focussing on creativity.

Paul is very interested in the role of storytelling in our daily lives and in particular in education, so it was no surprise that he opened with a story that recounted a conversation with a German minister of education. The minister enquired why it should be that Britain, with its variable economic record, always remained at the forefront in terms of art and design practice on a global scale over and above that of Germany with its comparatively consistent economy. Could it be something that we were or were not doing within our education system? Paul’s answer was that the UK had a healthy disregard for authority and a love of eccentricity that might set it apart from Germany in the realm of creative endeavours. 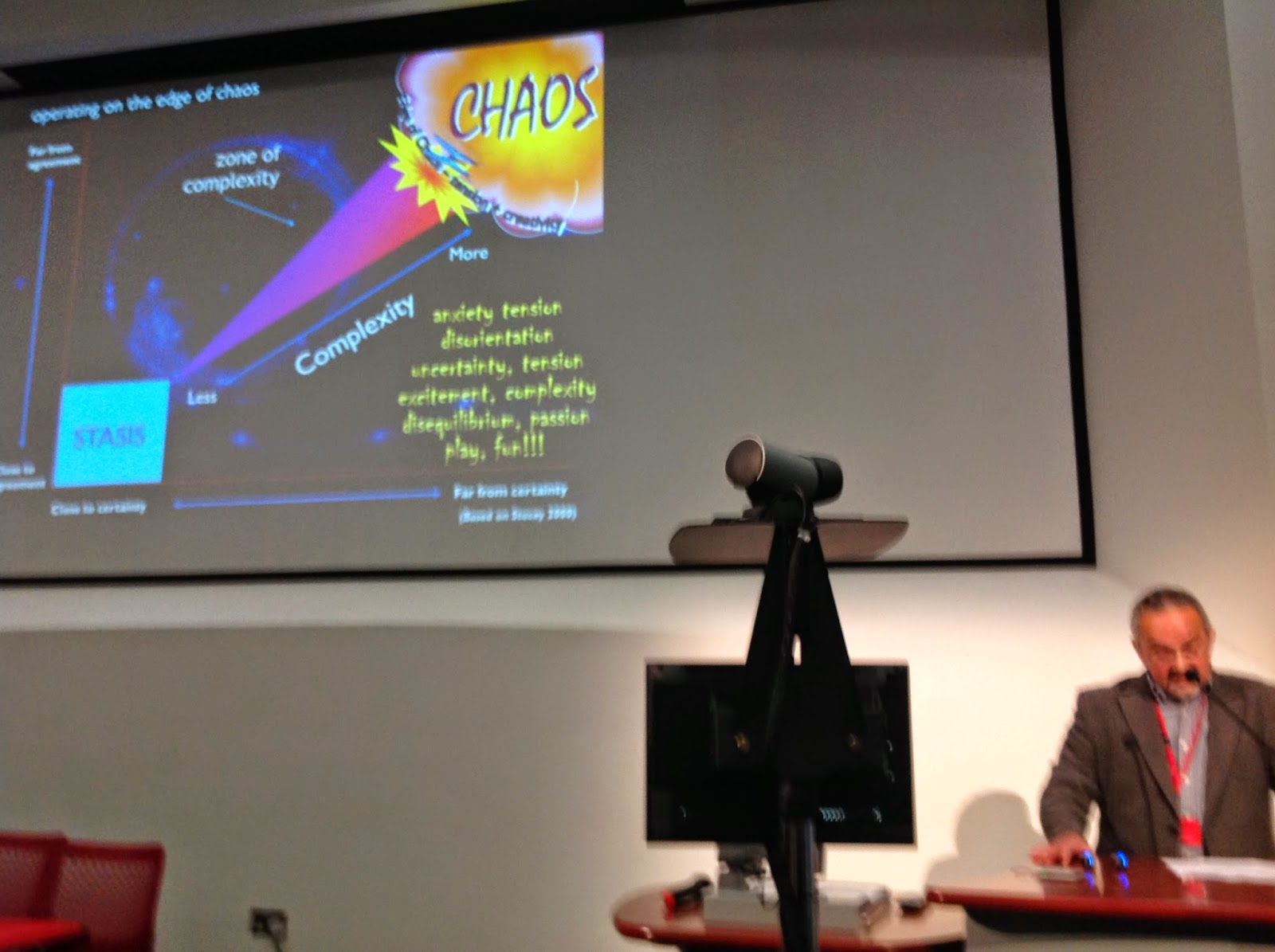 This was an amusing preface to the main theme of Paul’s presentation that questioned the rationale for an increasingly standardised and homoginised education system in an increasingly complex and uncertain world. Is it possible to replicate student outcomes using standardised curricula? Or, he argued, is it very rare to produce the same result on two occasions with such a complex range of variables? In this respect order might produce as much chaos as disorder and yet our education system clings to order over the sort of controlled disorder that helps students and tutors alike engage their natural creativity in the pursuit of learning.

Paul’s presentation was well illustrated with a number of graphics that ably showed how the current higher education system could be viewed as a sort of industrial process that might easily crush the sort of creativity and engagement with complexity that can benefit the process of education. He concluded that we should be designing curriculums that allow students to engage with complexity and gain confidence to face up to, and learn in an increasingly uncertain world. We should embrace disorder to create learning adventures for students that whilst producing uncertain outcomes may provoke deep and creative learning opportunities.